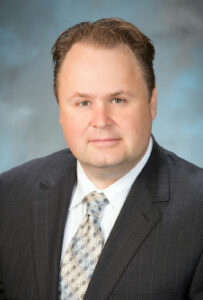 Tony Stavjanik has been a member of the State Bar of California since 2004. The focus of his practice is primarily on the defense of complex construction defect claims against general contractors and subcontractors involving residential and commercial construction projects. In more than 12 years of practice, Mr. Stavjanik has represented his clients in numerous litigated matters and guided them through the complexities of the SB800 Right to Repair Act. His clients have included numerous developers of residential communities, general contractors, construction managers, product manufacturers and trade contractors. Mr. Stavjanik has substantial experience in every stage of the litigation process, including discovery, mediation, law and motion and trial preparation and has successfully resolved numerous disputes involving claims in the millions of dollars. He also advises his clients on alternatives to litigation, management of risk associated with construction claims, negotiations of settlements and mediation.

Prior to joining the Menekshe Law Firm in 2016, Mr. Stavjanik was a partner at Clapp Moroney Bellagamba Vucinich Beeman Scheley, where his practice focused on the defense of developers of single family home communities and commercial project contractors. Before attending law school, Mr. Stavjanik was the owner of a technology oriented manufacturing company and acted as a consultant to the Department of Defense as well as several Silicon Valley firms involved in the robotics and silicon wafer processing technologies.